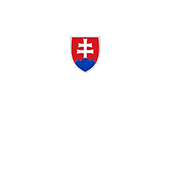 One of the sensations of the European Championships 2018 of 51 kg in Prague Monika Chochlikova became a part of the military in Slovakia.

Monika Chochlikova made her name after winning the gold medal in the Czech Rep against representatives of the top Muaythai countries in the world. Russia, Ukraine and France in the final could not stop Monika get the highest step of the podium at her first European Championships.

Monika said that it was thanks to her achievement in a sport that she made the list of the candidates for a position alongside with gymnastics and karate. Now I represent Muaythai in the Slovakian army together with the Olympic sports.

This year there are many challenges for Monika with so many events where she will need to use all her skills to defend her title.